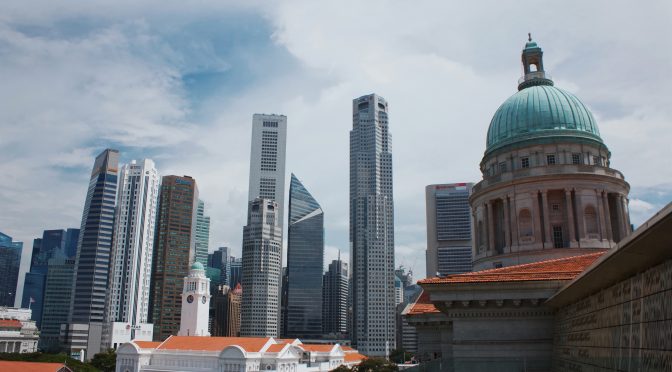 The number of family offices in Singapore has quadrupled from 2016 to 2018: MAS

Credit Suisse estimates there are close to 760 Indians with over $100 million in net worth. A significant proportion makes up the nation’s 16.6 million-strong diaspora. These high-net-worth individuals call International financial hubs like Dubai, Hong Kong, and Singapore home.

India has a corporate tax rate of 30% and a reduced rate of 25% for an annual turnover of less than ₹ 250 Crore. This compares to Singapore and Hong Kong who both offer lower tax rates of 17% and 16.5% respectively.

In fact, with additional tax exemption provisions for the first SGD 300,000 of chargeable income, the corporate tax rate in Singapore for HNWIs falls below 17%.

In a recent budget move, India’s finance minister announced that Non-Resident Indians (NRIs) who have stayed in the country for 120 days will be treated as Indian citizens. HNWIs who do not have to pay taxes in any other country will thus have to pay tax on income generated in India.

HNWIs with Indian-born parents and grandparents would also be subject to worldwide tax and reporting obligations in India.

Well-regulated financial centers such as Singapore and Hong Kong are getting increasingly popular for Indian Family Offices.

For instance, as family offices are generally interested in investing in start-ups, Singapore stimulates entrepreneurship through platforms such as Startup SG, incentives for SMEs, and events such as the MAS-organized annual FinTech Festival.

The nation-state introduced an investment fund innovation with the Variable Capital Company (VCC) to increase its attractiveness as a competitive asset management hub in the APAC region.

VCCs offer many advantages for investment funds, including the option of being set up as either a standalone VCC or as an umbrella VCC with sub-funds.

Tax exemptions under the Enhanced-Tier Fund Exemption (ETF) Scheme and Singapore Resident Fund (SRC) Scheme as per Section 13X of the Income Tax Act have recently been extended to all from of fund vehicles such as VCCs.

The combination of growing restrictive financial climate in the sub-continent and increasing attractiveness of viable overseas options explains the  influx of Indian Family Offices presence in Singapore.

In considering this, family offices must review their values and guiding principles in handling their family structures and assess existing structures at home and abroad.

Having a wealth of experience working with Family Offices and HNWs, GAO has effectively guided numerous families through the evaluation and selection of quality financial products and arrangements. GAO Advisors strongly believes in the power of due diligence as the first and best line of defense for families’ assets.

GAO Advisors has also acted as an expert witness in a range of dispute cases, producing investigative reports and testimonies for consideration by the Court. GAO Advisors has a demonstrated track record of providing incisive insights and shedding light on otherwise muddled case information. 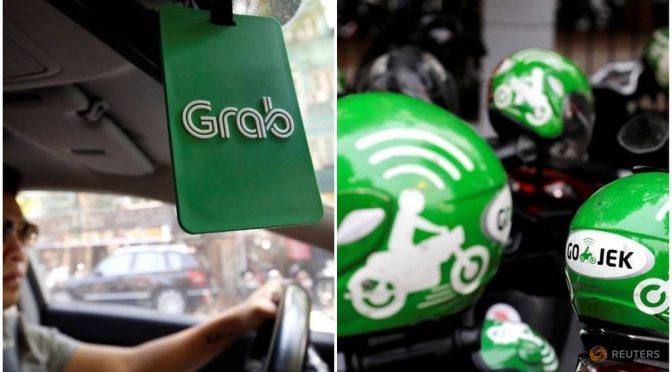 The proposed merger between South-east Asia’s two largest ride-hailing companies is now off the table, reports The Business Times. This marks an end to the year-long saga abuzz with talks of shareholder pressure, final deal terms, anti-competitive concerns, and public backlash.

This saga has reminded investors and consumers alike of antitrust concerns that come with the merger of two unicorns. The pitfalls and dangers in the valuation process of a high technology company have also been highlighted.

GAO tracks the concerns brought up in this process and offers insights into these pertinent points.

Anti-competition debate in the post-Grab-Uber era

The sheer size and reach of the companies have made investors and consumers nervous about a proposed merger.

It is important to note that these companies are in the digital market where network effects are accentuated as opposed to conventional markets. So, it would be nearly impossible to overthrow market leaders in the field due to high switching costs and informational asymmetries that give the incumbent a competitive edge. Thus, a merger of this magnitude would more likely than not shift the market into a monopolistic direction.

The Government, therefore, has been expected to step in with its anti-monopoly laws to ensure consumers are protected from any anti-competitive effects.

In Singapore, the Competition and Consumer Commission of Singapore (CCCS) has said that “it is looking at the at the new development” and “has written to the parties for new information” as despite having a voluntary merger notification regime, section 54 of the Competition Act (CA) prohibits a merger that results “in a substantial lessening of competition”.  This proactive stance surely comes from its dealings with the contentious Grab-Uber merger that happened in 2018.

Grab announced in March 2018 that it had acquired Uber’s Southeast Asian business (with Uber acquiring a 27.5% stake in Grab). The CCCS responded by commencing an investigation under section 62(1)(d) of the CA as there were reasonable grounds for suspecting that the transaction has resulted in a significant lessening of competition in the ride-hailing market in Singapore.

Through a seven-month investigation, the CCCS found that there was a substantial decrease in the degree of competition.

For the first time in history, the CCCS imposed a financial penalty of S$6,419,647 on Grab and S$6,582,055 on Uber. It argued that both companies “had given specific consideration to the likelihood that the transaction would breach antitrust rules and lead to financial penalties”.

Several companies like India’s Jugnoo have expressed interest in entering Singapore’s ride-sharing space since the merger. However, reinforced network effects cause such entrants to “likely have to incur significant amount of upfront capital in order to attract drivers and riders”, CCCS found.

The “upfront capital” includes providing driver incentive schemes and rider promotions, in addition to acquiring a sufficient fleet of vehicles and pool of drivers, as well as partnerships with taxi operators.

In the backdrop of decreased competition in the ride-hailing industry, consumers too felt the pinch in terms of increased prices and lack of options. For instance, Grab prices had increased between 10% to 13% in the post-merger period.

These concerns reappeared in the Grab-Gojek saga, pushing the Government and the CCCS to be more pro-active in their bid to ensure citizen welfare.

Another question inside investor circles surrounding the potential merger was the issue of inflated valuations of tech companies.

Tech start-ups, especially the ones that are already well known before hitting the public market, are often valued more than what they are worth. This is commonly the case as those who buy the company buy its brand and name, rather than its growth or investment returns potential.

Valuations have to include not only its assets and liabilities but also its innovation, flexibility, cultural relevance, and social reach.  The most prominent illustration of this happened in 2019 when the IPO of a company touted as the next “Alibaba” imploded.

WeWork valued its worth at a whopping $47 billion and claimed to stand out from its real estate competitors due to its status as a high technology company. This value stood in stark contrast to its actual value of around $8 billion, plummeting as low as $2 billion as in May 2019.

“Technology is at the foundation of our global platform,” WeWork’s S-1 filing reads. “Our purpose-built technology and operational expertise has allowed us to scale our core WeWork space-as-a-service offering quickly, while improving the quality of our solutions and decreasing the cost to find, build, fill and run our spaces.”

This and a myriad of other factors such as difficulty in measuring how long a company’s rapid growth rate will last and gauging how effective its barriers to entry will dampen the accuracy of their valuation.

This could explain the tensions that arose during the valuation proceedings between Gojek and Grab. Observers from the Business Times noted that tensions between the two companies arose due to a disagreement between their perceived value. Neither wanted to concede to be the smaller party in the merger. 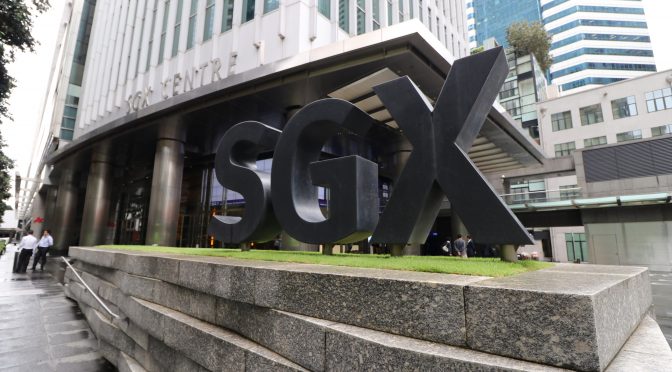 Recently, the Singapore Exchange Regulation has enlisted the help of the professional body of valuers, to bring its expertise to bear when listed companies face questions over the value of assets in potential deals.

Under a memorandum of understanding signed between SGX RegCo and the Institute of Valuers and Appraisals, Singapore (IVAS), the exchange can turn to the institute for expert advice and support on matters related to business valuation.

This is inline with tougher standards that SGX hopes to implement to give investors trust and confidence in the Singapore public markets.

Whether you are a public company who is interested in having a strong trusting relationship with your shareholders or a private company intending to go on a successful fund raise, you could benefit from a regular professional valuation audit.

To find out more on how we can help your company grow, please feel free to contact us through our contact page or attend one of our valuation seminars.

We are also proud to announce that Chauwei Yak, Director of GAO, has been appointed by The Centre of Excellence (CoEx) Council under the Singapore Accountancy Commission to the Institute of Valuers and Appraisers of Singapore as a member of the IVAS Council.

Relevant articles:-
SGX RegCo teams up with professional body of valuers to tackle problem of questionable valuations (The Edge) 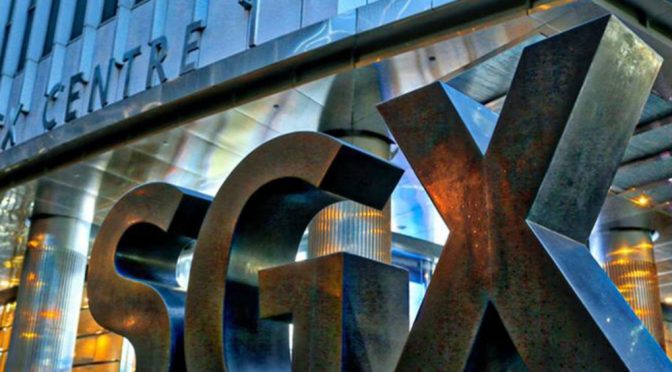